More than a decade ago, developer Dilip Barot bought 4.7 acres of oceanfront land on North Ocean Drive on Singer Island. Barot planned a luxury condo development and pre-sold 100 units, The Palm Beach Post reported. But following the housing crash in 2008, he returned 86 deposits. In 2017, with the economy roaring again, he revived and tweaked plans, envisioning a destination centered on wellness. This time, Barot has company. Other developers are busy with projects nearby — several on the very same street. 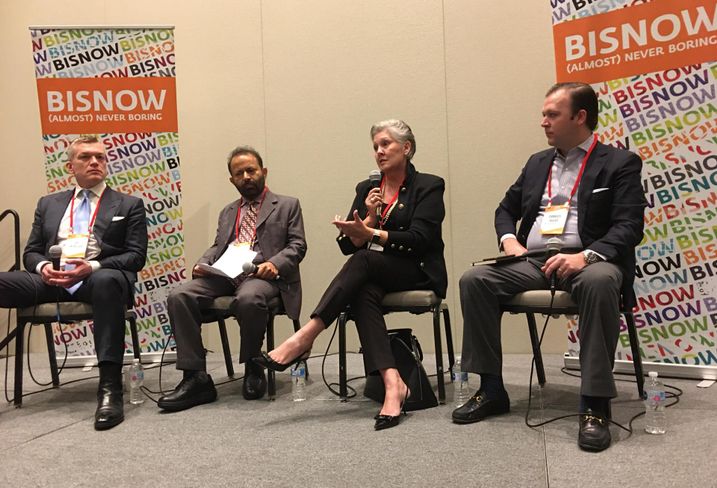 The quiet enclave of Singer Island lies between the wealthy towns of Palm Beach and Jupiter Island, but is part of a scrappier municipality, the more working-class city of Riviera Beach.

Barot’s Amrit Ocean Resort, now under construction, will consist of two towers that include 182 “ultra-luxurious” condos, including 11 penthouse residences with private rooftop terraces, plus 155 hotel rooms. Condo prices range from $1M to $4M.

The concept is “personalized wellness,” Barot said during Bisnow’s Palm Beach State of the Market event last week. He compared it to Canyon Ranch, a spa-centric condo-hotel in Sunny Isles Beach that fell into bankruptcy in 2014. Barot said his condo fees will be lower than those charged by Canyon Ranch, and that owners will be able to rent out their units.

“Our condo documents are structured in such a way that we control the quality of life,” he said.

This site uses cookies to enhance user experience and improve your browsing experience. By continuing on this website, you accept our usage of cookies. If you decline, your information won’t be tracked when you visit this website next time. Also, cookies can be managed through your browser or device settings.